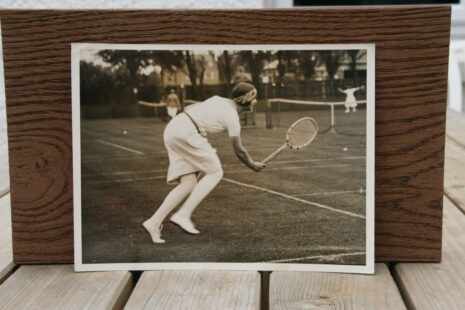 Along with Phoebe Holcroft she won two consecutive women’s doubles titles at Wimbledon (1928 and 1929) and the U.S. Women’s Championships in 1929. With the same partner, she reached the final at the French Championships in 1927 in which they were defeated by Irene Bowder Peacock and Bobbie Hiene.

Her best singles results at a Grand Slam tournament came in 1929 when she reached the fourth round at Wimbledon and the quarterfinals at the U.S. Championships where she lost to Elsie Goldsack Helen Wills respectively. Michell competed in nine Wimbledon editions between 1925 and 1938.

This photograph measures 20 x 15cms with details to reverse from the Daily Mirror. Condition – very good.