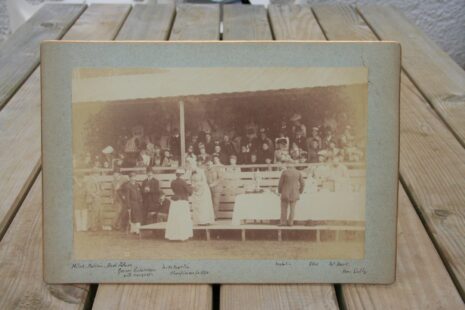 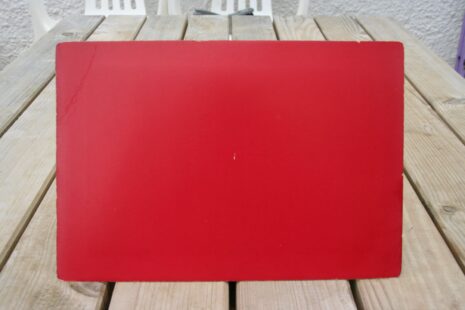 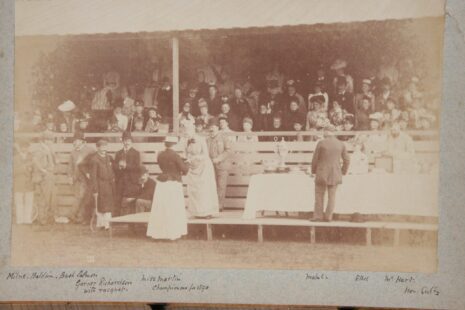 This photograph was taken at the Irish Lawn Tennis Championships in 1890. Martin is receiving her prize. In the background you can see a sizeable crowd in the grandstand. To the left foreground are competition players and officials. Louisa Martin has her back to the camera, whilst other officials are around the trophy table.

The condition is fantastic save for a crease to the upper left corner.

Mary Louisa “Mollie” Martin was a tennis player from Ireland. She was considered the leading Irish female player of her time. Martin started playing tennis in 1885 and early on was successful at the tournaments in Bath and Buxton.

Martin started playing tennis in 1885 and early on was successful at the tournaments in Bath and Buxton. In 1898 she entered the Wimbledon Championships for the first time and, after two wins and two byes, reached the All-comers’ final, but was beaten in two sets by Charlotte Cooper. She did not play Wimbledon in 1899 but the following year, 1900, she again reached the All-comer’s final to face Cooper and was again defeated but managed to win the second set. Her third and final entry at Wimbledon, in 1901, also ended with a loss in the All-comers’ final against Cooper, now playing under her married name Charlotte Sterry. Martin won nine singles titles at the Irish Lawn Tennis Championships between 1889 and 1903 and was a runner-up three times. She won six singles titles at the Northern Championships which was then held alternately in Liverpool and Manchester.